People across the world are using this web developing language to get more efficient web designing. PHP is a server-side scripting language which is loaded with lots of benefits. This language is compatible with different types of platforms and is an open source of language. This language is easily understandable and is free.

Here in this article, I am going to discuss some of the main reasons and benefits why this PHP programming language is used so extensively. 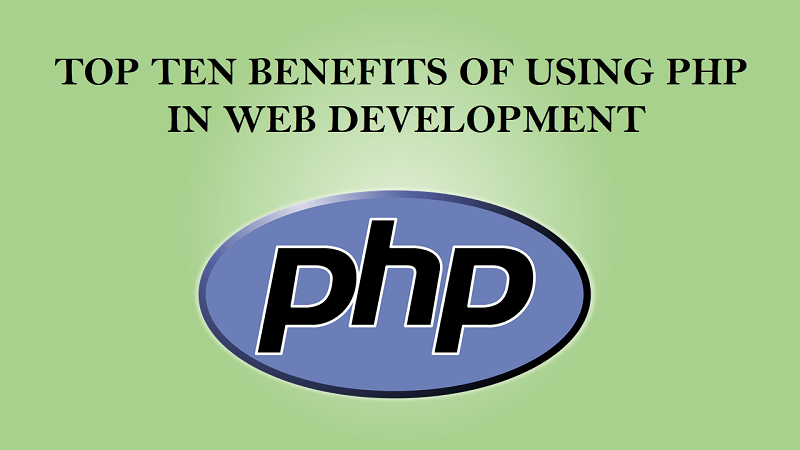 Below I am listing the top ten benefits of using PHP in web development.

This language is very easy as compared to that of other languages. This language has a very familiar syntax with C or Perl which helps the user learn this language more quickly and easily.

This web designer language gives the maximum control to its user like you can easily do program within a single line wherein another programming language you need to write long scripts. The editing process in this programming language is very easy as compared to that of its competitors.

As we know, PHP is an open source of language which makes it free and accessible on almost all the platforms which make it a very cost-efficient language. People across the world are using this programming language for a cost efficient web designing.

People across the globe use PHP as their first choice for web designing as it is compatible on various platforms.

PHP supports all kinds of major servers which helps it to use more extensively. Servers like APACHE, MICROSOFT IIS, NETSCAPE and many personal web server.Due to its vast compatibility, this language is one of the extensively used languages globally.

This language is one of the most secured languages in the web world. It helps the user to develop websites and web applications more securely and easily.

This language has a security layer to protect your website or applications from any kinds of viruses and threats which can damage your system.

The most important part of this language is that it gives updates in security system so that your system gets all kinds of protections.

PHP uses its own memory to which results in a reduction of loading time and workload of the system. This helps the system to increase the processing speed which boosts your work and saves your time.

It mainly helps in reduction of time when you are working on programs like E-commerce or CRM.

This is one of the most beneficial us of PHP in developing the web as it is extensively and widely used globally. This language provides all kinds of supports all its users in time of the problem.

PHP has been in used for more than a decade the wide and extensive use of this programming language makes it a capable one.

PHP provides with all kinds of updates to its users which make this programming language different from its competitors. Providing updates helps in the updates of websites and applications too.

Here are top ten benefits of using PHP in web development. If you are planning for a web application development then you should take a glance at the above-mentioned points to check the benefits and uses of PHP.

Hi, This is Rajesh Chauhan from Sourcecodessite.com.I am a Web Developer, Blogger, Online Instructor and SEO consultant who has been working online for last 4 years and he is running several successful websites on the internet. Find best Web Hosting Black Friday Deals